by Claw The Thin Ice 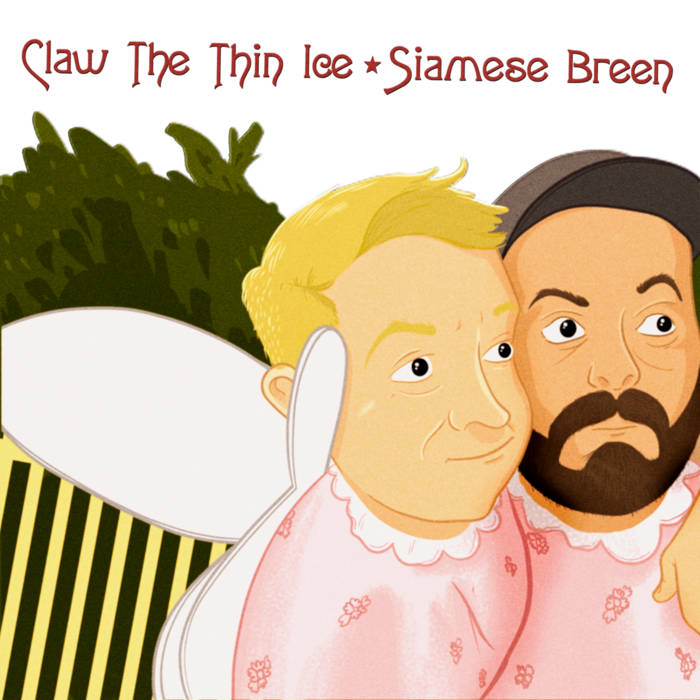 Pretty much since day one, the influence of the Smashing Pumpkins on Claw The Thin Ice has been heavy.

Plonked towards the back end of an acoustic set in 2011 that debuted some of CTTI’s first batch of songs was a cover of Sweet Sweet - the penultimate track on Siamese Dream. Its inclusion was partly fuelled by the fear that no one would be familiar with any of the other songs we’d played, but also because we were mad keen to do a Pumpkins cover and this fleeting three-chord strumathon fit the brief of ‘not too ambitious yet utterly brilliant’.

Fast forward almost 10 years and this desire to pay homage to the Smashing Pumpkins hasn’t dwindled. In fact, it’s mutated to the point that now, we’re releasing Siamese Breen - a seven-track EP of homemade SP covers.

Motivated by the monotony of lockdown and our everlasting admiration for all things Pumpkins, the idea of recording a few SP covers with whatever equipment to hand and putting out a cheeky EP was suggested and agreed quicker than you could say ‘and in the eyes of the jackal I say kaboom’.

Casual fans are unlikely to recognise many titles amongst the track list. There’s no ‘Today’, no ‘1979’, no ‘Tonight Tonight’; absolutely ‘Zero’ hits you could say. We’ve opted for tracks that resonate with us personally, songs that have helped us through challenging times, and underappreciated gems that simply deserve more love.

Recording in quarantine with just a laptop and iPad respectively dictates a certain fidelity limit. As such, this is far from a legit Claw studio release, but the effort and love reserved for doing these songs justice remains the same.

Feel free to pay what you feel for this release, but all profits that come through Bandcamp will go directly to The Bail Project - which works to prevent incarceration and combat racial and economic disparities in the US bail system.

Find out more at bailproject.org

Bandcamp Daily  your guide to the world of Bandcamp